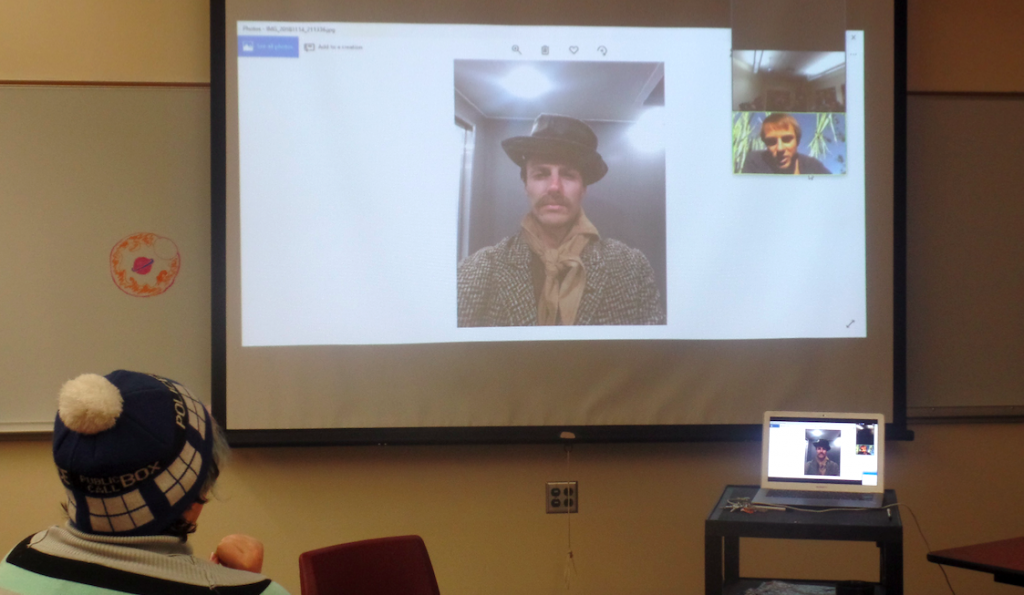 Mr. Riggleman’s class was excited to use Zoom to talk to former BHS Ed Tech Peter Jacobs, who is working as an extra in films in California. Peter described the 30 foot by 30 foot blue screens moved around on cranes for different backgrounds in the movie Ford v. Ferrari with Matt Damon and Christian Bale. We’ll be hoping to spot Peter as an extra in that movie in 2019! 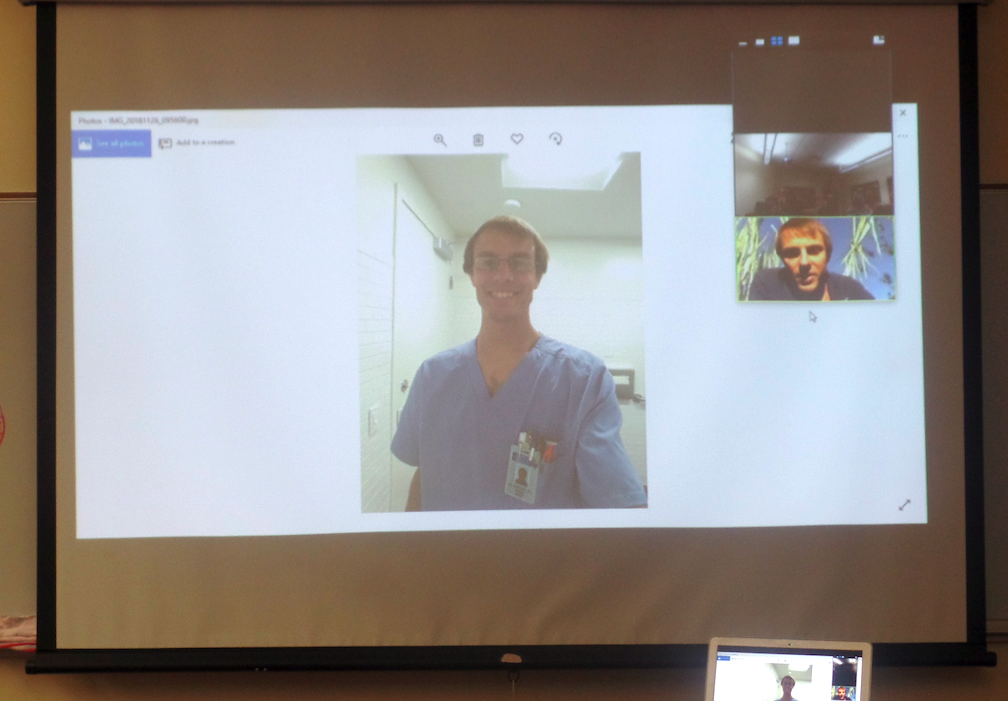 Peter Jacobs as an extra in an episode of Gray’s Anatomy!

This entry was posted in Uncategorized. Bookmark the permalink.