Henri Rousseau was a self-taught French artist who loved one thing above all others: jungles!  Though he never left France, Rousseau found ways to fuel his imagination.  It may be tough to imagine, but Rousseau existed in a time without computers and cell phones.  He painted in the late 1800’s, so Mrs. Y’s third graders racked their brains thinking of ways Rousseau could possibly know what a jungle looked like.  He went to libraries, gardens, museums, and zoos to learn as much as he could, and used his imagination for the rest. Because he never went to art school, Rousseau was often criticized for his work.  We talked about this a lot, and all agreed that you can still be an artist, even if you don’t go to school! Now critics agree that Rousseau was a talented artist, and his whimsy and imaginative style made his paintings even more unique. It was said that Rousseau used more than 50 shade of green in his paintings.  Taking cues from his work, students created these printed pop-out scenes with ink and colored pencil. 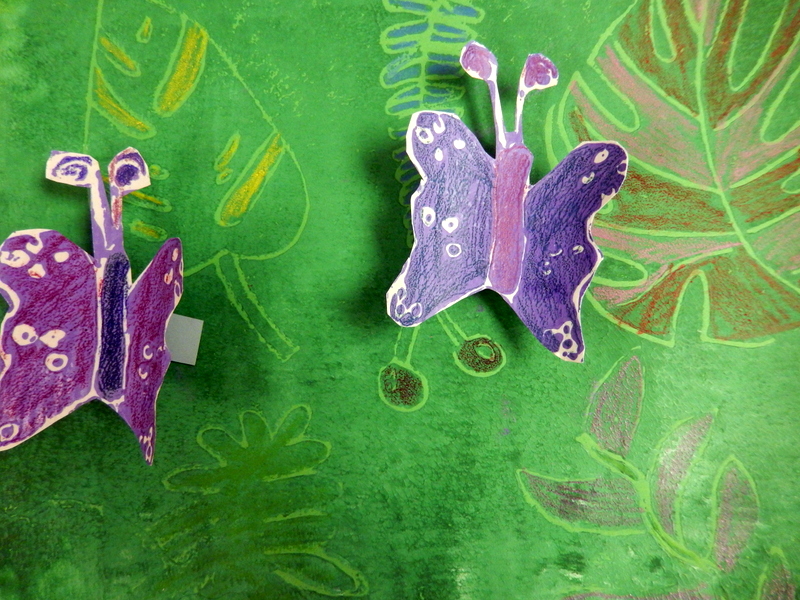 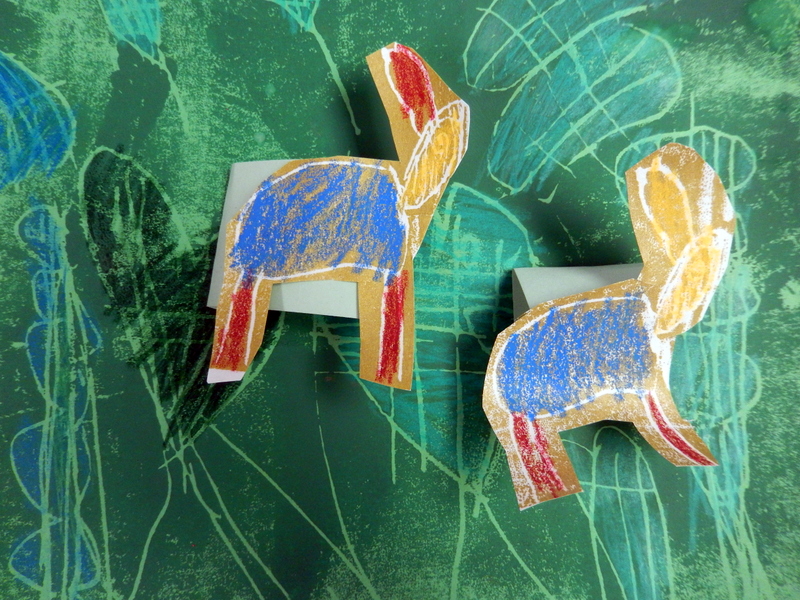 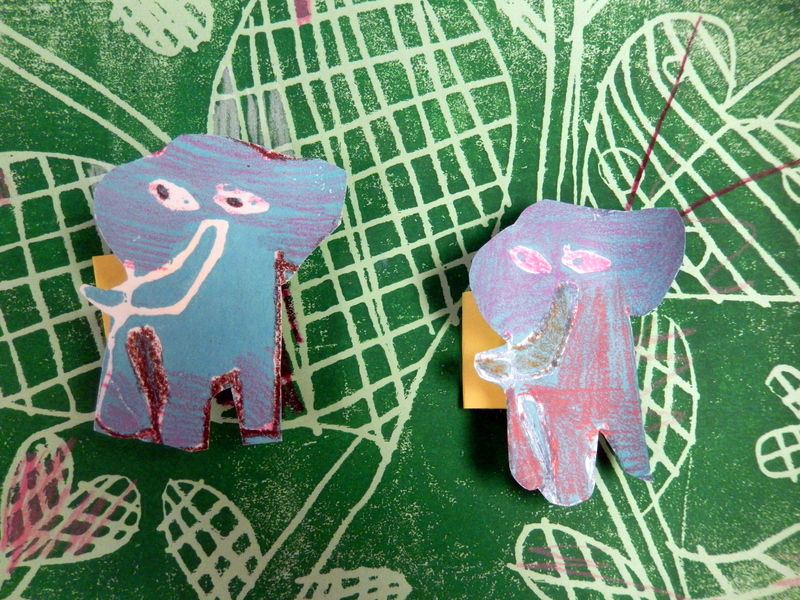 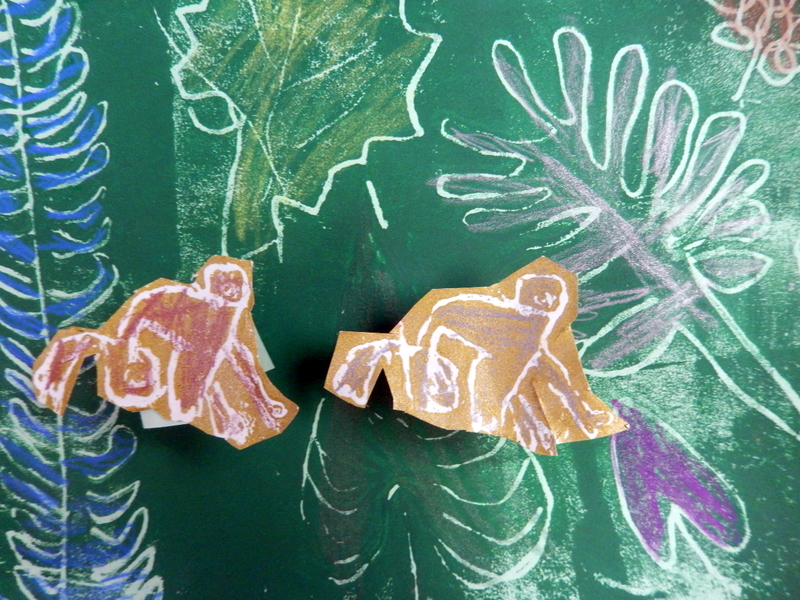 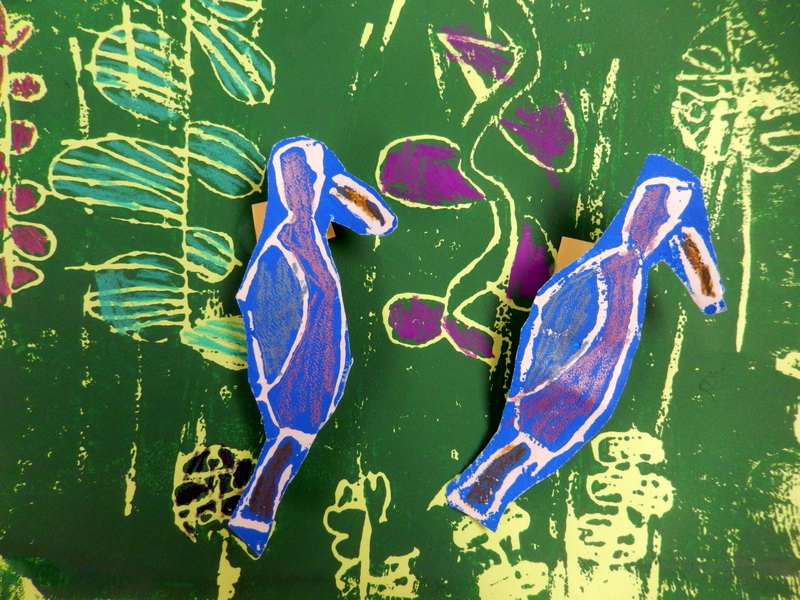 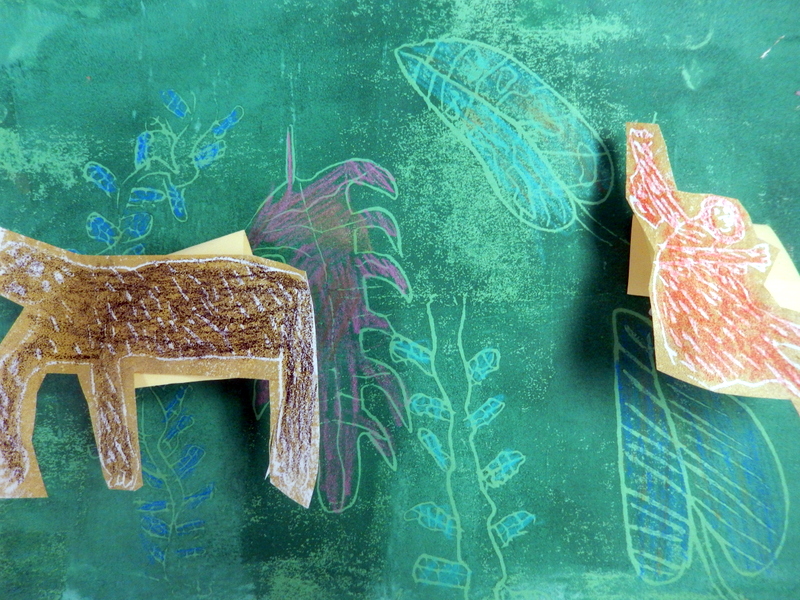 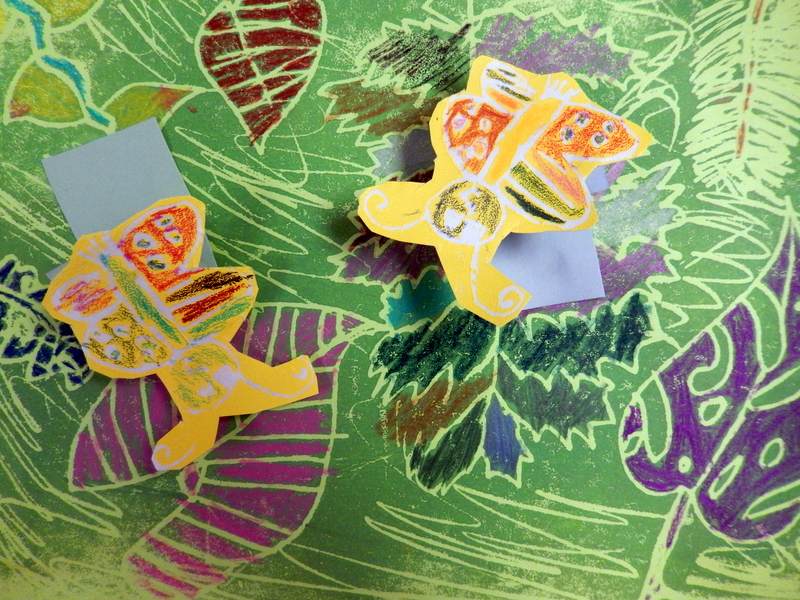 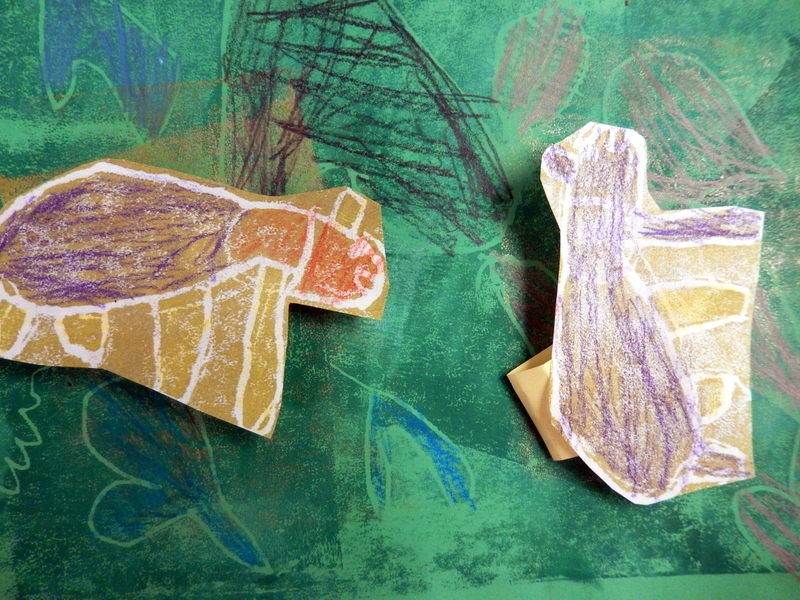 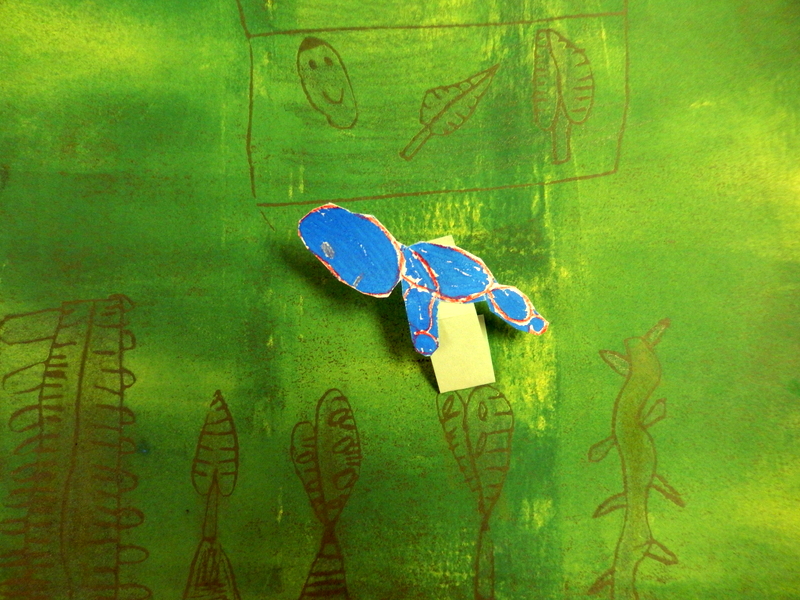 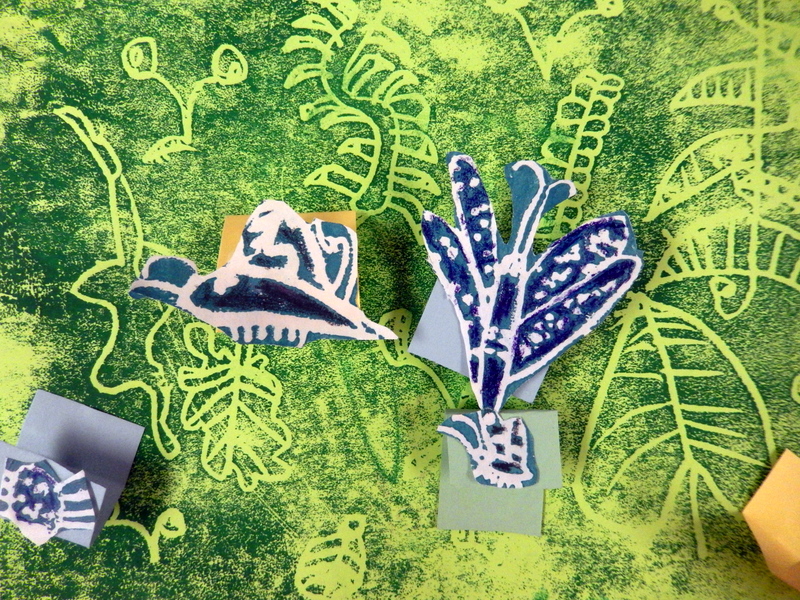 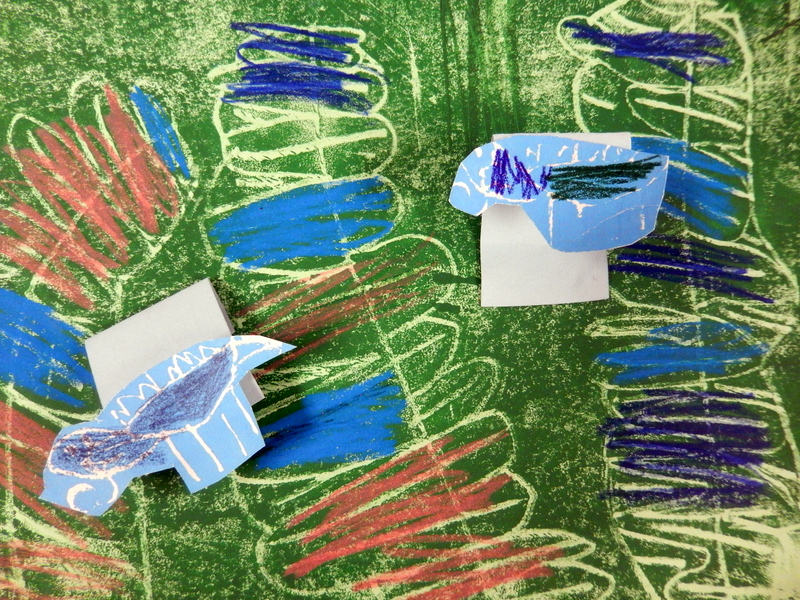 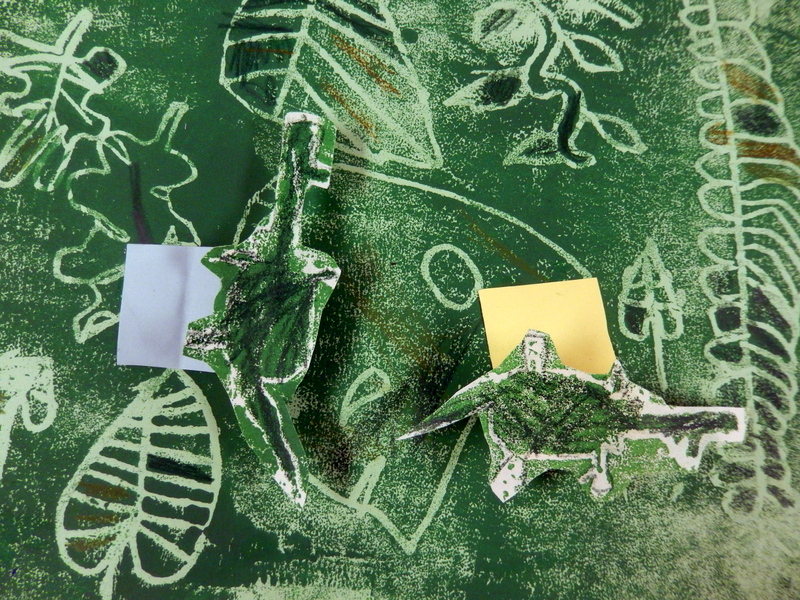 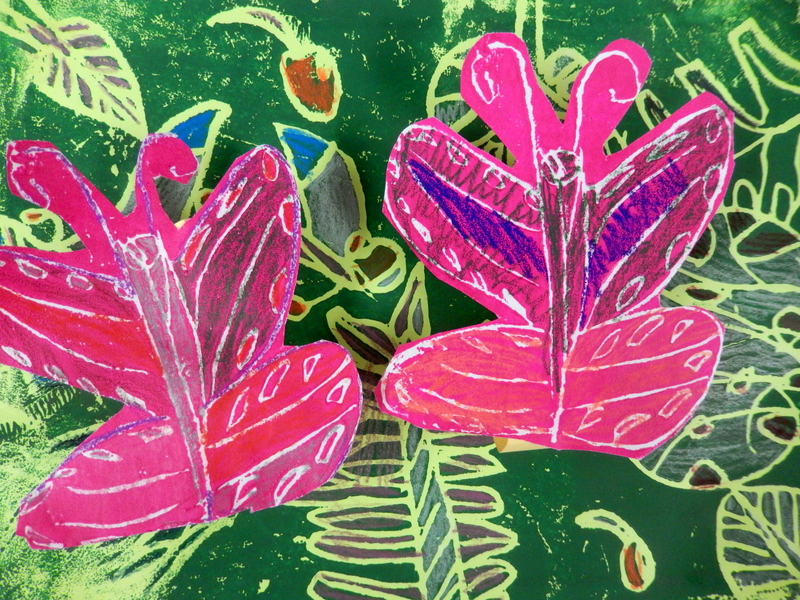 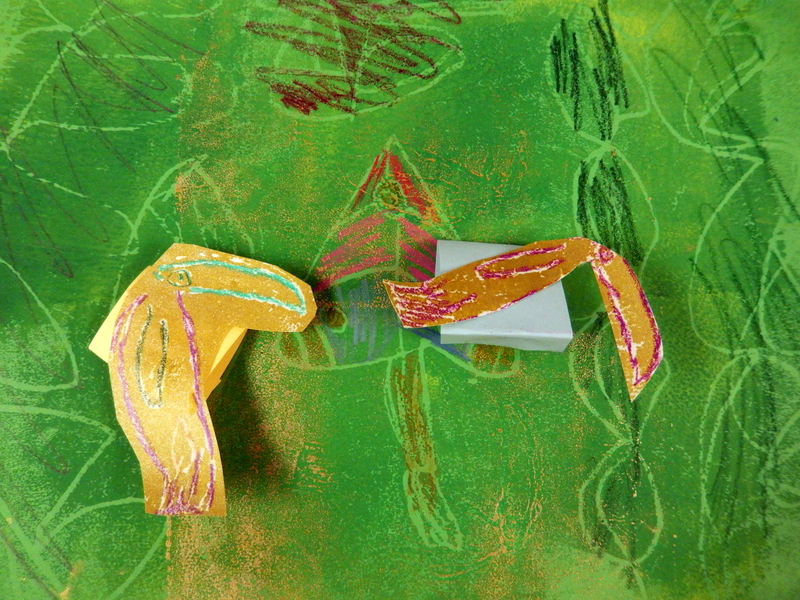