At times when his brothers would gang up on him acting like a collective group of idiots. Their  _1_ behavior would drive him away upstairs where he would pull down the drop ladder to the attic and quietly_2_ from the rest of the family, pulling the string to the door behind him.  It was there among the boxes of old clothes, the discarded toys, the former Halloween masks and costumes, and an antique full-length mirror, along with other family treasures that he met the ghost of Brockton T. Middlefire.

The boy sat rested against a crumpled box of overcoats and uniforms that his father had been issued in the army.  Alone the child’s imagination was unhinged and his _3_ mindset was freed.  Among the boxes of baseball cards, the boy spotted his old Gumby and Pokey who he was told he was too old to play with anymore.  Pokey’s right leg had been broken.  Instead of bone, the pliable plastic had been snapped and the orange horse’s hind left leg flopped uselessly, “I’m sorry old buddy, but I’m going to have to put you out of yer misery.”

“Oh no, please Gumby, I can still manage on three legs just you wait and–” suddenly the playful horse was pinned under a monstrous old Sears and Roebuck magazine.

“Oh Pokey, that avalanche has done you in old buddy.” 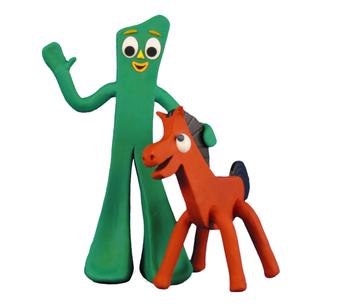 At that point the light bulb flickered casting a momentary darkness in the attic.  The boy suspected that one of his brothers had somehow sneaked up before he arrived in the attic and was prepared to terrify the child.  But when the boy looked in the mirror he saw an _4_ mist in the form of a soldier, it appeared _5_ at first without any defined form, in fact, the boy, in amazement, rubbed his eyes and peered deliberately at the figure standing before him.  A man dressed in a blue Union uniform looked at him.

“In my youth, during the _6_ I used to ride my pony in this area,” the apparition explained.  “That old pony died of a heart attack because he had such a _7_ for oats, he could never stop eating.  At least he died with a full belly instead of being crushed by falling rocks,” the soldier winked at the astonished boy.  “I reckon I was as _8_ of his death as anyone else as I always gave him more than he needed to eat.  Why I even sneaked him a hand-full of sugar every day, that poor old fat pony of mine.”  The boy’s eyes grew as big as his pounding heart as he listened to the soldier, “You understand, I saw you playing with that pony.  That was the _9_ of my appearing here just now.  I suspect that pony’s death is _10_ with that broken leg and all; you don’t want to see any creature suffering now do you.”

Suddenly the attic door sprung open.  “Young man you get yourself down here right now!” his mother demanded.  The soldier vanished just as quickly as he had appeared.  But as the child scampered to the attic ladder he heard a voice in his ear, “I suspect I’ll be seeing you, Brockton T. Middlefire at your service.” 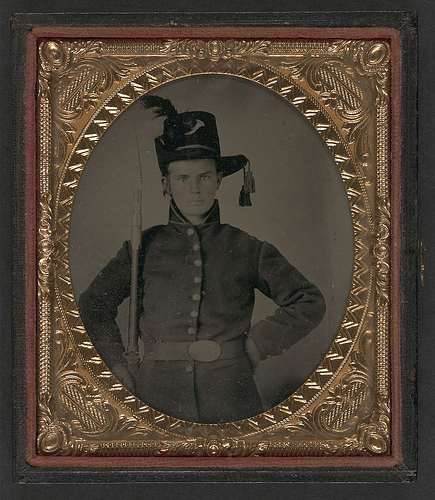