Use your vocabulary 2 vocabulary terms to complete the story that follows.  A vocabulary word may only be used once in the story; look for context clues to assist you in your selection.

My grandfather had reached that point in his life where he suddenly appeared small and fragile as if he had dried up, a raisin exposed too long in the sun.  There was no doubting his _1_; he seemed ancient through a young man’s eyes.  He sat in the armchair in his study wrapped in a wool blanket seemingly _2_ to the truth that he was alive and able.  He had secluded himself from the outside world seemingly inviting only death to visit him.

“Life isn’t very kind,” he stated to no one in particular shrunken in his leather chair.  “When you’re young you think that you understand all there is to comprehend, but this _3_ deception only ushers sadness when you become incapacitated and old like I am.”

“That’s not how I see you Grandpa Phil,’ I said surveying the world outside the window in his study.

“Oh yes,” he replied anticipating my challenge to his disposition, “You have your grandmother’s faith.  I _4_ied your grandmother; she was a goddess to me.  And then one day she was taken from me.  Goddesses don’t die; they live eternally.”

Frustrated and ashamed by the depth that my grandfather’s attitude had fallen I threw open the curtains inviting the bright sunlight to penetrate through the pane of glass and to fill the room.  I imagined that the sunlight was a blade that could _5_ the serpent that had coiled around my grandfather’s neck choking the spirit from him.  In my mind the detach head was not grotesque and disturbing rather I was gratified to know that he was freed from its venom.  I felt compelled to _6_ the suffering man’s perception, to correct his distorted interpretation of a life full of loneliness.  “Your misery cannot steal from the nest of happiness.  Look to your heart, don’t you see her Grandpa Phil?”

Agitated he retorted, “See who?  Shut those curtains,” he commanded.  “You know the sunlight bothers my cataracts.”

I ignored his angry response, “Grandma, that’s who, have you lost sight of her?  Don’t you have a place in you where you keep all those wonderful times that you spent together?”  I opened the window and he shifted in mild protest as a bird called to his mate.  “Grandpa Phil, Grandma’s spirit is all around you if you would just look and listen.  Her happiness is in the song that the cardinal sings.  Her generosity is the sunlight that attempts to greet you with its warmth.  You are _7_ as we each are; we are all blessed.  These are the lessons that Grandma and you taught me.  Don’t you remember that?”

My grandfather straightened up, with effort, in his chair.  “You _8_  like a drifting buoy on the open waves moving away from its purpose.  Now that I am old and alone I have a wiser understanding of life.  Now leave me alone!”  His words were like a heavy weight placed on my chest intended to crush my spirit.  Again I looked out of the window to conceal my hurt from him.  I understood that his words had terrified him as well.  Before he spoke he reconsidered his place, here at this time, he _9_d my loving effort and the room appeared to brighten.  His tone changed and he reassuringly placed his hand on my shoulder.

His vision was no longer fixated on sadness and with a _10_wisdom he gently spoke in his encouraging familiar voice, “An old man can often behave like an old fool if he feeds from the hand of misery.  Yes, your grandmother is with us every where.  You are right my boy,  All we must do is open our eyes, our ears, our heart and there she is.  She’s never strayed far from me.”  His hand weakly slipped from my shoulder as he stumbled to find his chair.  His voice was weaker, overcome with deep deliberate breaths.  He managed, “Marvelous indeed.”

The sunlight vanished in the room as an isolated cloud blocked its radiance and the study was silent, the only sound I heard was the unmistakable call of a cardinal as he took flight to return to his love. 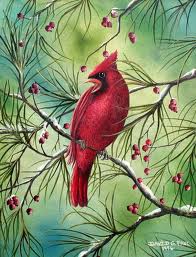 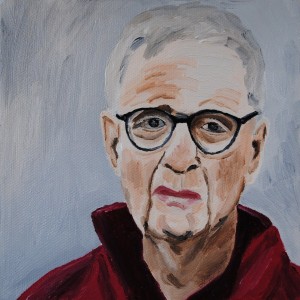