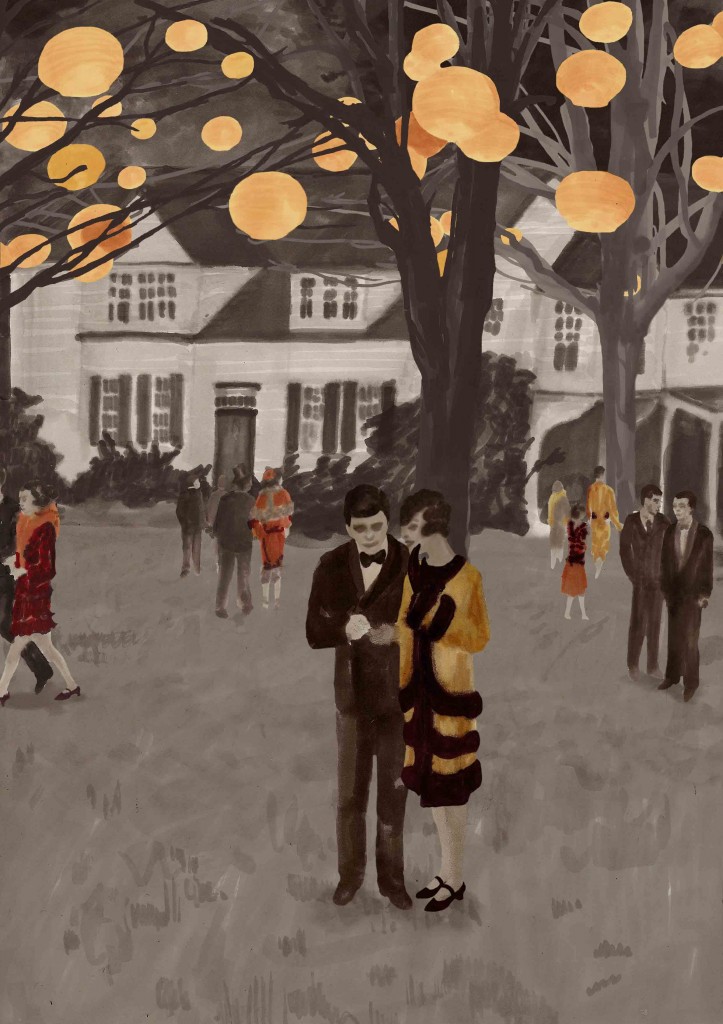 In contrast to the previous chapter’s “party,” Chapter 3 opens with Nick attending one of Gatsby’s extravagant soirees, which his next-door-neighbor had invited him to. As Nick watches the spectacle of wealth intensify — as more and more uninvited guests arrive — he runs into Jordan Baker, the other guest from Nick’s original visit to the Buchanans’ house. Conversation centers around gossip about the absent Gatsby — that he killed a man, that he was a German spy during WWI, that he served in the American army.

Around midnight, the “hilarity had increased,” and Nick speaks with a man near his own age, who recognizes Carraway’s face — turns out they had been in the same division during the war. Eventually, to his embarrassment, Nick discovers he is actually conversing with his host, Jay Gatsby. When Gatsby leaves, Nick finds himself intrigued by his new acquaintance, and asks Jordan about his history. The mystery surrounding Gatsby deepens as Jordan responds, “Well, — he told me once he was an Oxford man….However, I don’t believe it” (53).

Jordan Baker, at her host’s request, goes off to speak with Gatsby alone, leaving Nick to wander through the party stragglers around 2 a.m. When Jordan returns she tells Carraway, “I’ve just heard the most amazing thing,” (57) but teases him by saying she promised not to tell. The chapter concludes as Nick walks across the lawn towards his house — away from a chaotic scene where a car with one wheel ripped off has landed in a ditch in front of Gatsby’s — thinking of Jordan Baker. Nick reveals, “I wasn’t actually in love, but I felt a sort of tender curiosity” (62). Although he finds Jordan dishonest and careless, Nick begins to fall for her anyway.