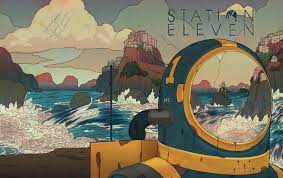 Perhaps some of you, privately or openly, have complained about the annotations/notes that were assigned when you received the novel last spring and how I have seemingly ignored them.  Reading is an intimate act, the reader and the author are ideally locked into a world that cannot be intruded upon.  Your notes/annotations are your remembrance of that relationship with the novel.  You have already been asked to rely upon the notes/annotations for a couple of class assignments.  You are nearing the culmination of our discussions, thus you will be required to compose an essay where the notes/annotations will become the center of your discussion.

I have compiled a collection of passages from the story for us to consider.  No doubt you have included several of these in your notes already.  The passages are the evidence that you will use in your essay to support the claims that you make.  You should examine the evidence that you are planning to use and engineer your discussion from those selected passages.  After all, they represent the soul of your relationship with the novel.

“First we only want to be seen, but once we’re seen, that’s not enough anymore. After that, we want to be remembered.”

“Hell is the absence of the people you long for.”

“The house is silent now and she feels like a stranger here. ‘This life was never ours,’ she whispers to the dog, who has been following her from room to room, and Luli wags her tail and stares at Miranda with wet brown eyes. ‘We were only ever borrowing it.’”

“In the lobby, the people gathered at the bar clinked their glasses together. ‘To Arthur,’ they said. They drank for a few more minutes and then went their separate ways in the storm. Of all of them there at the bar that night, the bartender was the one who survived the longest. He died three weeks later on the road out of the city.”

“I stood looking over my damaged home and tried to forget the sweetness of life on Earth.”

“The corridor was silent. It was necessary to walk very slowly, her hand on the wall. A man was curled on his side near the elevators, shivering. She wanted to speak to him, but speaking would take too much strength, so she looked at him instead—I see you, I see you—and hoped this was enough.”

“No more flight. No more towns glimpsed from the sky through airplane windows, points of glimmering light; no more looking down from thirty thousand feet and imagining the lives lit up by those lights at that moment. No more airplanes, no more requests to put your tray table in its upright and locked position—but no, this wasn’t true, there were still airplanes here and there. They stood dormant on runways and in hangars. They collected snow on their wings. In the cold months, they were ideal for food storage. In summer the ones near orchards were filled with trays of fruit that dehydrated in the heat.”

“What was lost in the collapse: almost everything, almost everyone, but there is still such beauty.”

“‘The flu,’ the prophet said, ‘the great cleansing that we suffered twenty years ago, that flu was our flood. The light we carry within us is the ark that carried Noah and his people over the face of the terrible waters, and I submit that we were saved’—his voice was rising—‘not only to bring the light, to spread the light, but to be the light. We were saved because we are the light. We are the pure.’”

“‘No one ever thinks they’re awful, even people who really actually are. It’s some sort of survival mechanism.’

“We traveled so far and your friendship meant everything. It was very difficult, but there were moments of beauty. Everything ends. I am not afraid.”