The exercises that you will complete over the next three class days are designed to prepare have you examine the metaphorical expression that Shakespeare incorporated in his sonnets as well as in Romeo and Juliet. The final assignment requires you to compose an original Shakespearean sonnet where you apply the metaphorical language that you observed in the Shakespearean publications.

The first assignment, the Shakespearean sonnet, will require you to consider how form, rhythm, and figurative meaning are instrumental in understanding Shakespeare’s genius.  You are also required to find examples of metaphorical expression in the play Romeo and Juliet.   Another responsibility of this assignment, the Romeo and Juliet monologue/soliloquy, also requires you to examine Shakespeare’s use of metaphorical expression in the monologue/soliloquy that you recited in class.  The final responsibility requires you to apply what you have observed by composing an original Shakespearean sonnet providing written testimony to the type of imagery that you produced.  The combined work required of you on this link will be due on DAY 4 of the syllabus.

A metaphor is a figure of speech in which an object is described by comparing it to something else. For example, in A Midsummer Night’s Dream, a rose takes on special
meaning as a metaphor for a woman’s marital status. A rose plucked and distilled into perfume describes a married woman, while a rose that withers on the stem describes a spinster.  Understanding Metaphor

Shakespeare also used metaphors to describe more abstract topics such as life, time, and the meaning of the universe.  In The Tempest and A Midsummer Night’s Dream, life is a dream in which we can never be sure of what is real and what isn’t.  Prospero believes that the world will one day disappear into thin air, just as dreams do (4.1.156).  In  As You Like It  (3.2.310 ), Rosalind compares time to the paces of a horse: “Time travels in divers paces with divers persons …  “I’ll tell you who Time ambles withal, who Time trots withal, who Time gallops withal, and who he stands tall withal.”  In other words, though time is a constant, it seems to move faster or slower to different people.

Shakespeare ’s plays are rich in original metaphors, especially those relating to animals (birds in particular), war, fencing, hunting, fishing, music, food, clothing, and other familiar Elizabethan pastimes. Shakespeare was a country boy, and so his metaphors often conjure up natural and pastoral images. 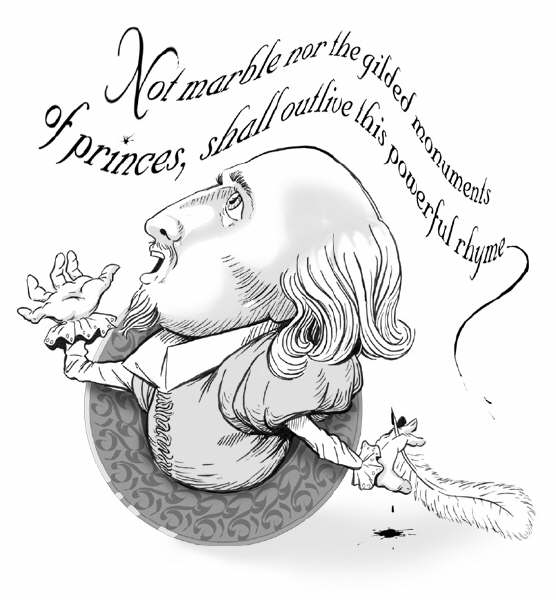 A sonnet is a fourteen-line lyric poem, traditionally written in iambic pentameter—that is, in lines ten syllables long, with accents falling on every second syllable, as in: “Shall I compare thee to a summer’s day?”

The sonnet form first became popular during the Italian Renaissance, when the poet Petrarch published a sequence of love sonnets addressed to an idealized woman named Laura. Taking firm hold among Italian poets, the sonnet spread throughout Europe to England, where, after its initial Renaissance, “Petrarchan” incarnation faded, the form enjoyed a number of revivals and periods of renewed interest.

In Elizabethan England—the era during which Shakespeare’s sonnets were written—the sonnet was the form of choice for lyric poets, particularly lyric poets seeking to engage with traditional themes of love and romance. (In addition to Shakespeare’s monumental sequence, the Astrophel and Stella sequence by Sir Philip Sydney stands as one of the most important sonnet sequences of this period.)

The Shakespearean sonnet, the form of sonnet utilized throughout Shakespeare’s sequence, is divided into four parts. The first three parts are each four lines long, and are known as quatrains, rhymed ABAB; the fourth part is called the couplet, and is rhymed CC. The Shakespearean sonnet is often used to develop a sequence of metaphors or ideas, one in each quatrain, while the couplet offers either a summary or a new take on the preceding images or ideas.

My mistress’ eyes are nothing like the sun;
Coral is far more red than her lips’ red;
If snow be white, why then her breasts are dun;
If hairs be wires, black wires grow on her head.
I have seen roses damask’d, red and white,
But no such roses see I in her cheeks;
And in some perfumes is there more delight
Than in the breath that from my mistress reeks.
I love to hear her speak, yet well I know
That music hath a far more pleasing sound;
I grant I never saw a goddess go;
My mistress, when she walks, treads on the ground:
And yet, by heaven, I think my love as rare
As any she belied with false compare.

Use the class computers to locate Shakespeare’s Sonnets.  Select a sonnet to interpret.  Look for the use of metaphors, similes, personification, and puns within the sonnet.  Indicate how these metaphorical devices enhance the meaning of the sonnet.  You and your partner are responsible for producing a copy of the chosen sonnet that demonstrates through annotation examples of metaphorical language.

A look at examples of Sonnets in the play:
The Prologue to Romeo and Juliet is a sonnet; the Prologue to Act 2 is a sonnet, and scholars often identify the first fourteen lines of the first meeting of Romeo and Juliet (beginning with Romeo’s “If I profane with my unworthiest hand”) as a sonnet. In addition, Romeo’s love-longing for Rosaline seems to be borrowed directly from the eternally suffering lover portrayed over and over in sonnets.

Iambic Pentameter
The iamb is two syllables that follow a pattern: da-dum; unstressed-stressed
Sonnet 19
Shall I comp are thee to a summ ers day ?
Thou art more love ly and more temp er ate

The simple meter of Shakespeare’s poems appears to provide the poet with a tool of deception in order to disguise his clever use of language with metaphors, puns, and other literary devices.  Remember though, that metrical irregularity is more interesting.

Words:
Shakespeare was hopelessly addicted to puns and double (and triple) entendre

Look up words of which you are doubtful or that appear to have multiple significations.

PART 2
With a partner locate four examples of metaphor from Romeo and Juliet.  Explain how the comparison conveys to the reader a deeper meaning of the event represented in the play.
Include the act and scene that the metaphor is located in.  Your explanation about how the metaphor conveys a deeper meaning, in essence, is the clarification or insight that distinguishes your observation that would be used in an essay.

With a partner locate 2 examples each of pun, oxymoron, simile, personification, and alliteration from Romeo and Juliet adding these devices to the metaphors that you located on the PART 2 exercise.

Individually compose a Shakespearean sonnet about the theme of love remembering that a writer writes about what she/he knows.   Along with your sonnet include an explanation of the figurative language you employ as well as the inspiration for your verse.  This explanation is designed to enhance your poem.  Each individual will submit their personally composed sonnet along with the DAY 1-3 requirements.  All combined work is due on DAY 4 of the syllabus.  The student composed sonnet will be submitted on turnitin. 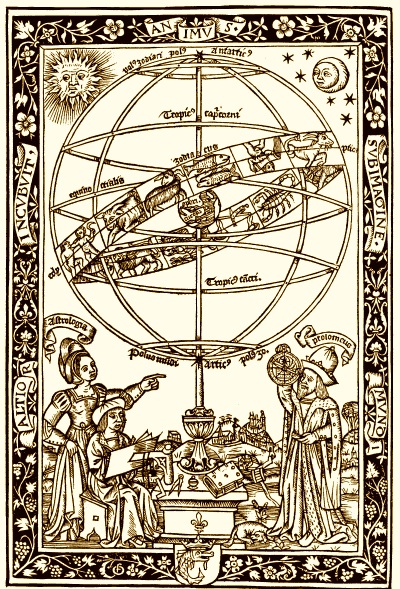