How to Write a Review:

You are probably saying to yourself, “I’d like to write a review, but I don’t know how to write a review.”  It’s a lot easier than you think.   Let these five simple steps inspire you, and you will have written your first  review before you know it.  The following steps apply to a concert, but they easily can be adapted to any of the other performances included for a review.

How To Write A Concert Review Step One:

Who did you see? Where did you see them? Have you ever seen them before? How much about the band do you know? What made you want to see them live?

How To Write A Concert Review Step Two:

What did you think about the venue? Was it too big or too small? How did the band sound in it ?

How To Write A Concert Review Step Three:

What did you think of the set list? What were your favorite songs of the night? If you didn’t know any of the songs, describe the band’s sound/style and staging.  Were there any special moments, effects, surprise guests or quotes from the artist/s? Did you dig the show?

How To Write A Concert Review Step Four

How was the crowd? Were people dancing and having a good time, or was everyone being a wallflower? Did people keep bumping into you and just being all-around dicks? Was it the type of show were you would get yelled at if you spoke a single word, or were you allowed to talk with your friends and sing along if you so desired?

How To Write A Concert Review Step Five

What are your final thoughts about the show? What stood out to you and became your highlight of the night? Would you go see this band again?

There you have it! If you managed to follow all five steps and answer all of those questions with more then a Yes or No, you probably have a pretty decent concert review. As time goes on and you continue to write more your reviews, you will get better and better at it. 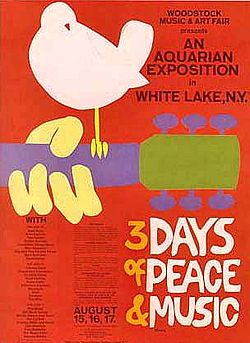