Read the three indigenous people creation stories  and respond to the corresponding questions.  Submit your responses on Turnitin. 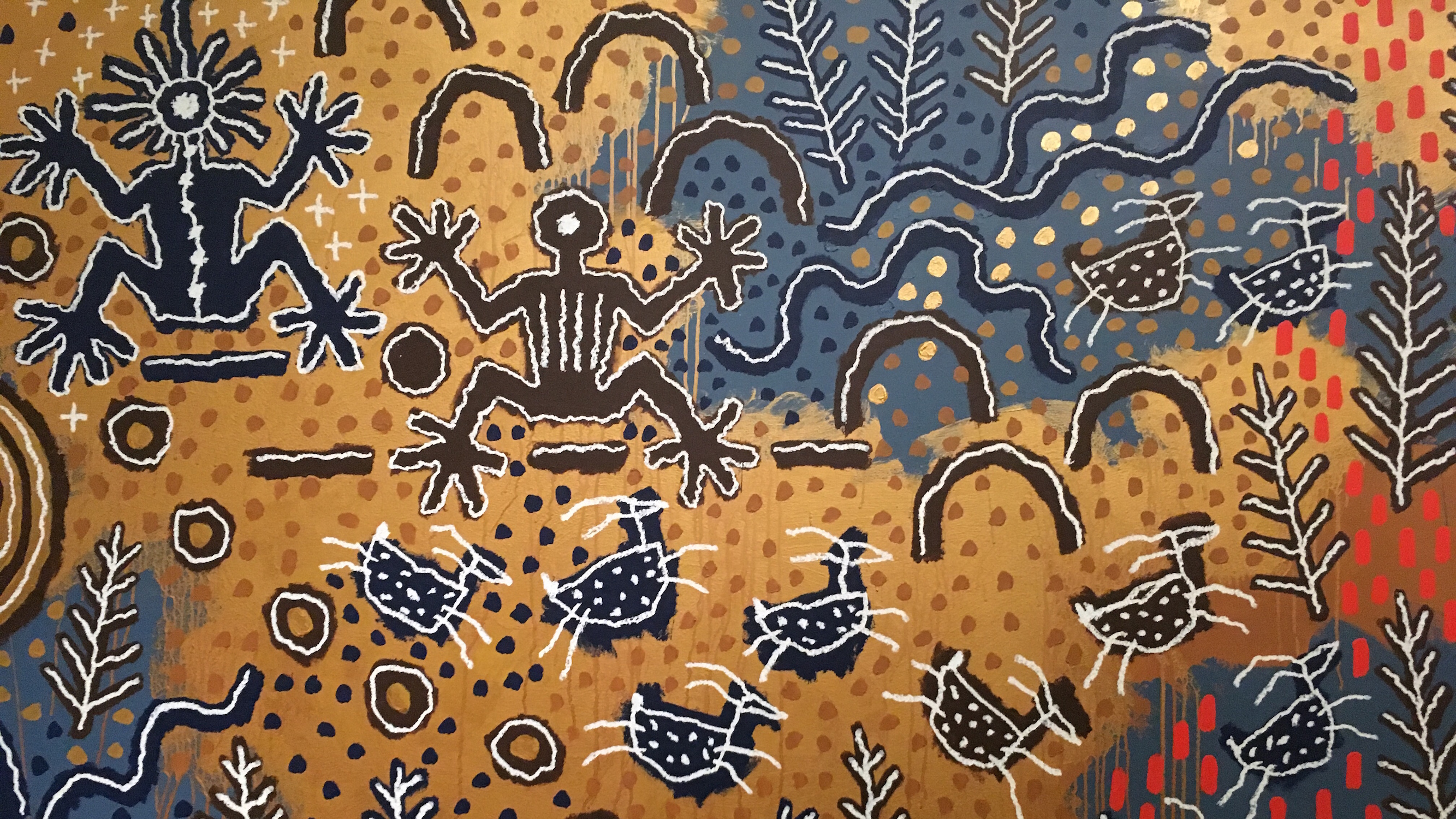 It sometimes happens when we enter into a curious discourse with them that they ask us our opinions on the origin of man, and how they came to this country; and when we inform them in broken language of the creation of Adam, they cannot believe, or will not understand relative to their people and the negroes, on account of their great difference and the inequality of colour. According to their opinion the world was not created as described in the first and second chapters of the book of Genesis; but they say the world was before all mountains, men, and animals; that God then was with that beautiful woman, who now is with him, without knowing when or from whence they came; then was all water, or the water covered all; and they add that if there had been any eyes in being, there was nothing but water to be seen, and nothing else visible in every direction.

It happened at this period, they say, that the before mentioned beautiful woman or goddess gradually descended from heaven, even into the water, gross or corpulent like a woman who apparently would bring forth more than one child. Having gradually settled into the water, she did not go under it; but immediately at the place where she descended some land appeared under her, whereon she remained sitting. This land increased, and in time became greater and dry around the place where she sat; like one who is placed on a bar, whereon the water is three or four feet deep, which by the ebbing of the tide becomes dry land.

Thus they say and mean to be understood, it occurred with this descended goddess. And that the land became of greater extent around her, until its extent was unbounded to the sight, when vegetation appeared; and in time fruitful and unfruitful trees began to grow throughout the world as it now appears. Whether the world of which you speak originated at this time, we cannot say.

At this period of time, when those things had taken place and were accomplished, this great person was overtaken in labour and brought forth three distinct and different creatures. The first was like a deer as those now are, the second like a bear, and the third like a wolf in every respect. The woman suckled those animals to maturity, and remained a considerable time upon the earth, cohabiting with those several animals, and bringing forth at every birth more than one of a different species and appearance; from which have originated and proceeded all the human beings, animals and creatures, of every description and species, as the same now are and appear; being propagated according to nature, each in their peculiar order, as the same are in succession continued.

When all those subjects were brought to a state of perfection, and could continue, this common mother rejoiced greatly and ascended up to heaven, where she will continue to remain and dwell, enjoying pleasure, and subsist in goodness and love, which her upper Lord will afford her, for which she is particularly desirous, and God also loves her supremely above all things.

Here on the earth, in the meanwhile, the human species, and the animals after their kind, have multiplied and produced so many different creatures, and increased exceedingly, which every other thing that was created also does, as the same at present is seen. Therefore it is at this time that all mankind, wherever they be, are always born with the nature of one or the other of the aforesaid animals. They are timid and innocent like the deer; they are brave, revengeful, and just of hand, like the bear; or they are deceitful and bloodthirsty, like the wolves. Although their dispositions are apparently somewhat changed, this they attribute to the subtlety of men, who know how to conceal their wicked propensities.

This, they say, is all they have learned from their fathers on the subject of the Creation, which has been handed down to them, and which they believe to be true. . . .