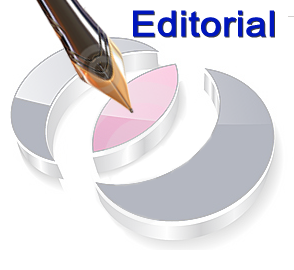 A newspaper editorial is an article that is written based on the opinion of the writer. An editorial is an opinion piece and as such, the editor gives his or her thoughts about a certain topic.

Editorials are typically published on a dedicated page, called the editorial page, which often features letters to the editor from members of the public; the page opposite this page is called the op-ed page and frequently contains opinion pieces by writers not directly affiliated with the publication. However, a newspaper may choose to publish an editorial on the front page. In the English language press, this is done rarely and only on topics considered especially important; however, it is more common in some European countries.

For maximum impact, choose an issue that has been making the headlines recently. For instance, if the Presidential elections are around the corner, focus on a particular political topic. Additionally, be very specific about the issue you wish to focus on. You might have a lot to say about a dozen issues, but save your knowledge for later. Narrow down your area of interest with as much precision as is possible.

An editorial without an unequivocal opinion is bound to fall flat on its face. Right at the very beginning, define your agenda in clear terms. Make sure that you state your opinion or thesis coherently. Remember those research papers and thesis statements you wrote in college. It’s time to refresh your memory and concentrate on thesis statement writing skills.  The essential structure of a thesis statement in an editorial remains the same, only the language is more informal and journalistic.

A good editorial expresses your point of view while a great one manages to persuade others to join your camp. In order to persuade people, you need to have a sound argument based on facts and analogies, not vitriol and diatribe. Once you have stated your thesis, acknowledge contradictory opinions and explain why you disagree with them. Feel free to use facts, statistics, quotations and theoretical explanations for criticizing your opponents’ views. Rejecting them outright without any explanation screams of cowardice and unprofessional ethics.

To build a foolproof argument, you will need to achieve a balance between content and style. Not only will you need substantial data, you will also need to structure it coherently.

4. Strengthen your argument with analogies

Nothing disarms your opponents better than cultural, social or political analogies. For instance, if you are writing about a controversial issue like secret surveillance, look for similar instances in other countries and how they tackled the problem. You can use such an analogy to your benefit by highlighting both the similarities and the differences. This will also be a good time to speak about the ultimate consequences of a policy/law if appropriate action is not taken by concerned agencies.

So, you have made a case for your views and demolished your opponents’ claims. The journey doesn’t end here. An editorial is primarily meant to indulge in constructive criticism i.e. even though it critiques one point of view, it must be able to provide a possible alternative. Say, your editorial attacked the efficacy of steps taken by the government to curb domestic violence in a particular region, conclude your piece by discussing other viable options. Once again, build an argument and talk about why these proposed steps are better than the ones already in place. Don’t mistake an editorial for an opportunity to indulge in mindless criticism; instead, use it to offer a better vision for the future.