These stories are adapted with permission from Ulli Beier (editor), The Origin of Life and Death: African Creation Myths. London: Heinemann, 1966.

God created the tortoise (turtle), men and stones. Of each he created male and female. God gave life to the tortoises and men, but not to the stones. Noen could have children, and when they became old they did not die but became young again!

The tortoise, however, wished to have children, and went to God. But God said: “I have given you life, but I have not given you perm 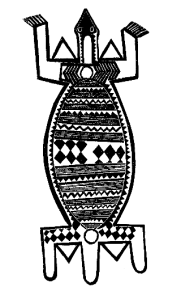 ission to have children.”

But the tortoise came to God again to make the request, and finally God said:

“You always come to ask for children. Do you realize that when the living have had several children they must die?”

But the tortoise said: “Let me see my children and then die.” Then God granted the wish.

When man saw that the tortoise had children, he too wanted children. God warned man, as he had the tortoise, that he must die. But man also said: “Let me see my children and then die.”

That is how death and children came into the world.

Only the stones didn’t want to have children, so they never die!
A Nupe story (Nigeria)