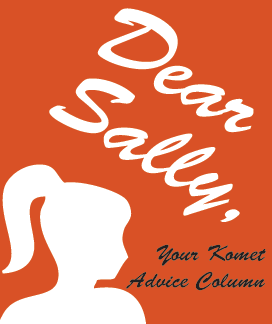 I’m on a sports team where some of the better players broke the substance abuse policy that we all signed.  Last week a lesser player was caught and kicked off the team for being at a party where pot and alcohol were consumed.  I’m having a difficult time supporting the team knowing that there is a double standard, after all it’s all about the team not the individual right?

I was with this girl last month; we hooked up at a party and one thing led to another.  We were both wasted.  Any way she tells me now that she is pregnant, wants to keep the child and that it is mine!  I don’t even care about this girl, she’s got a reputation.  I told her I would pay for an abortion, but she refuses.  What should I do?

I’m a single mother with two small children.  Last month I found out that I have a terminal illness and the doctor says that I have about a year to live.  I’m an only child and both my parents are dead.  The children’s father was irresponsible and left me after the second child was born.  I don’t even know where he lives.  I’ve worked hard to make a living for my children, I don’t rely on state money and I have a salary that affords our living expenses.  What am I going to do for my two children, ages 4 and 2?

I am a twelve year old boy.  My step father beats my mother and does worse to me.  Mom is terrified of him, but she is dependent on his income.  The police were once involved but there isn’t enough physical evidence.  I seriously have been thinking about taking a knife to his throat when he comes near me. Please help, I’m desperate.